Expectant families can now put the birth of their baby on lay-by as part of a new birthing model that enables them to access private maternity services and pay in instalments, even if they don’t have private health insurance.

The ‘Lay-by Baby’ self-insured model gives families the opportunity to be cared for by North Eastern Community Hospital’s highly experienced Visiting Obstetricians and Paediatricians, as well as access to pre and post-natal care and extended hospital stay, while paying a simple fixed fee for all services.

The model makes billing easier and more transparent, and families can pre-pay monthly from 12 weeks so they are fully paid by 36 weeks.

New mum Alicia Formosa was the first maternity patient to take advantage of the new service when she welcomed her baby boy Jett into the world at North Eastern in August, with the support of NECH Visiting Obstetrician Dr Chris Hughes.

“My husband and I don’t have any health issues, we don’t have glasses or anything like that.

“Then once we fell pregnant, speaking to some of our friends who had had their babies at North Eastern, they just spoke so highly of the hospital and the doctors, so I was a little bit disappointed we didn’t have private health.

“Once we heard about the self-funded option we just jumped at the opportunity.

“It worked really well having the fixed fee so we knew financially what we were up for and didn’t need to stress out about all of a sudden having to find the funds.

“It was really black and white in terms of what we’d be paying for, everything was itemised, and then paying the fees each month was so much easier than paying a lump sum.”

Alicia was blown away by the standard of care she received from her Obstetrician and from midwives and nurses at North Eastern. 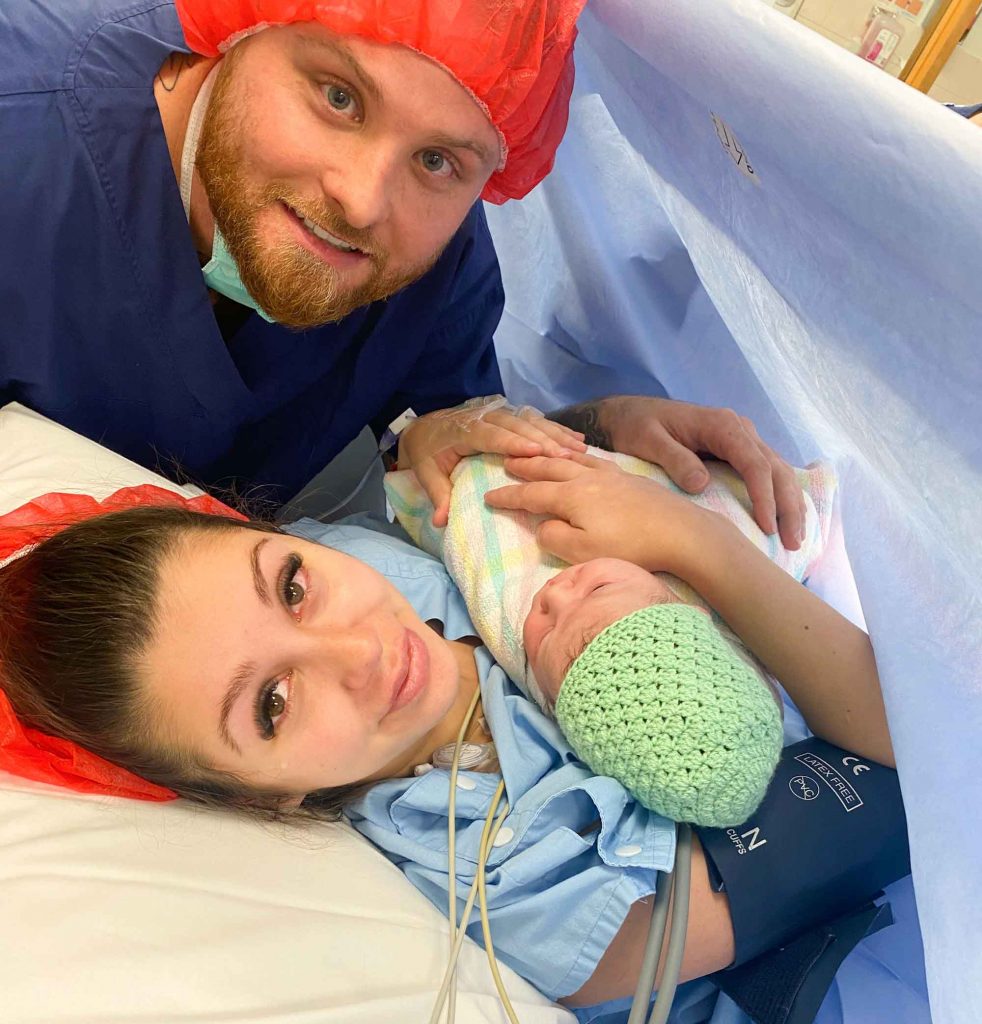 “Our Obstetrician Dr Chris Hughes was absolutely amazing. From my first appointment with him he just made me feel so comfortable and confident,” said Ms Formosa.

“And then the nurses and midwives are just the most amazing people. I honestly can’t rave about my experience at North Eastern enough. They were so hands-on when we needed them to be. They are so friendly and personable. You can tell they really love their job.

“Because it is a smaller hospital there’s an ability for the midwives and nurses to be more hands-on and provide more individualised care.

“I cried when I left because I was sad to see them all go.”

NECH CEO Michele Smith said the Lay-by Baby model was all about making private maternity services accessible to more families in the community.

“As a not-for-profit private hospital, North Eastern really prides itself in servicing the local community and being accessible to as many people in the North Eastern suburbs and surrounding areas as possible,” Ms Smith said.

“What the Lay-by Baby model allows us to do is provide all the benefits of private maternity services, without the need for ongoing private health insurance.

“Families can agree to a fixed fee from the outset for all services, and pay by instalments from early in their pregnancy so they are fully paid up by the time they have their baby.

“The costs involved are completely transparent and by paying in instalments, families avoid a large lump sum out of pocket expense.”

Anyone interested in the Lay-by Baby model can call 8366 8111 to book an appointment to discuss options.