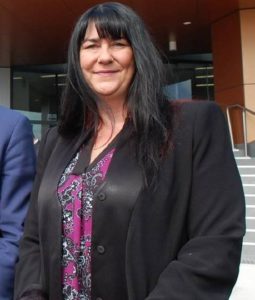 In this new role, Michele will chair the governing board of the network, meaning she will have oversight of decisions affecting the delivery of health services across the Eyre Peninsula and the North of the state, while continuing to serve as the CEO of NECH.

The South Australian public health system is currently divided into five local health networks, including Country Health SA. However, the new State Government is reforming the health system to increase this number to 10 and give the networks more autonomy.

The new boards and governing system are expected to be fully operational by mid-2019.

Michele said she is very excited to take on the role while continuing to serve as CEO of North Eastern Community Hospital.

“Under the new arrangements, Local Health Networks will have more autonomy than they did previously and will be more connected to their local communities, she said, that means health services in the Eyre and Far North region will be more responsive to the needs and expectations of the local community. That connection to community is what we strive to achieve at North Eastern Community Hospital, so I am excited to be able to use what I’ve learnt as CEO at NECH in this new role at the Eyre and Far North Local Health Network.”