Our Residential Aged Care Facility has 84 licensed beds. The aim of the nursing home is to provide an environment in which residents receive contemporary, quality care in both the medical and nursing fields within the resources available.

The North Eastern Community Hospital complex is community owned and focused on providing quality clinical services to the local community.

Services available at the North Eastern Community Hospital include:

The complex was established in 1973 on the initiative of a small number of medical practitioners, and two local councils, with funding assistance from the Commonwealth Government. The strategic direction and policy of the organisation is determined by the Board of Management which is comprised of voluntary medical and community elected representatives.

As a not-for-profit community-based complex, we reinvest all surplus funds back into the complex, improving and upgrading our services, facilities and equipment.

North Eastern Community Hospital Inc is a not-for-profit organisation comprising of a Private Independent Acute Care Hospital and a Residential Aged Care Facility, providing excellent care to the Community with a comprehensive range of health services in a safe, caring environment.

To be the Premier Provider of Health Care Excellence from Birth to Aged Care.

Since the initial concept of building a hospital service for North Eastern residents, the organisation has seen many changes in design, construction, leadership and services. The formation of North Eastern Community Hospital Inc. started with a meeting of local General Practitioners in 1965. The following events resulted in a government subsidy allowing for the purchase of the land on which the hospital now stands, and a building fundraising campaign that was launched in 1967 by the Hon. Don Dunstan. 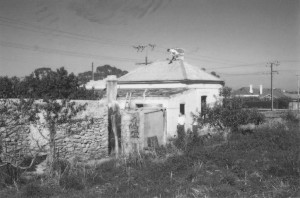 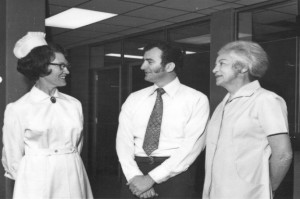 Over these 40 years of service the health landscape has seen many changes, including the closure of several community hospitals established around the same time. North Eastern Community Hospital saw changes to its own independent status in 2004 when the Hospital was placed under the management of Benchmark Healthcare in 2004 and then Ramsay Health in 2005. North Eastern Community Hospital was re-established as an independent community operated institution in 2006.

Since the initial construction of the North Eastern Community Hospital in 1973, there has been significant investment in building works including a $2.5 million extension to the hospital in 1991 and a purpose built aged care facility on the existing grounds opened in 2001 by Governor designate Marjorie Jackson.

The organisation has seen its fair share of adversity and challenges. Private health membership fell to an all-time low in the 1990’s which threatened many smaller private health facilities nationally and led to the introduction of the Government’s 30% private health insurance rebate. The Hospital Indemnity Insurance premium crisis in 2001 saw the maternity unit facing closure and was coupled with a general nursing shortage at the same time.