North Eastern Community Hospital has launched its first Reconciliation Action Plan (RAP) to mark National Reconciliation Week 2021, which runs from 27 May to 3 June.

The RAP draws on this year’s National Reconciliation Week theme ‘More than a word. Reconciliation takes action’, by setting a range of deliverables to be achieved over the coming 12 months.

Those deliverables include conducting a review of cultural learning needs at the hospital, communicating NECH’s commitment to reconciliation to all staff and increasing understanding among staff of Traditional Owners and of the purpose and significance behind cultural protocols. 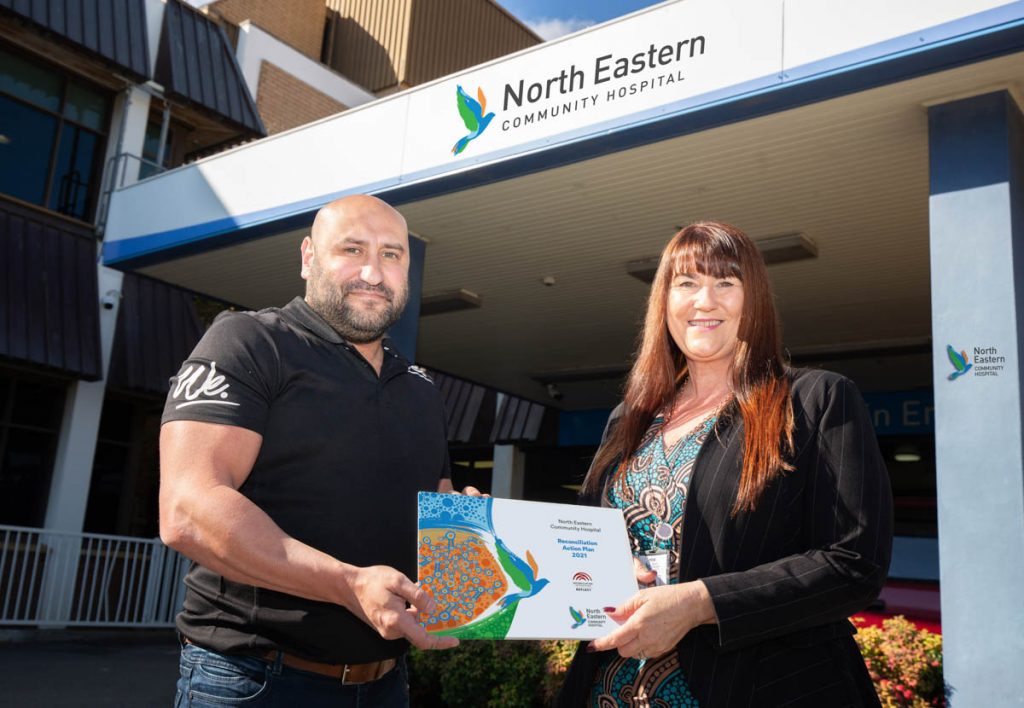 NECH CEO Michele Smith said the hospital’s RAP was all about accepting the challenge of this year’s National Reconciliation Week theme.

“It was really important to the Executive and the Board that we embed in our inaugural Reconciliation Action Plan real and achievable objectives we can deliver on,” Smith said.

“We want to deepen the understanding of all staff of Traditional Owners and the lands on which NECH operates and ensure we are conscious and respectful of Aboriginal and Torres Strait Islander heritage and history.

“I’m so happy we were able to do that through the development of this RAP, with the cover artwork and design provided by Aboriginal artist Pat Caruso from fantastic local supply nation business We Create, Print, Deliver.

“Pat welcomed his children into the world on our maternity ward, so I’m very pleased he was able to contribute to the RAP.

“As part of the RAP we have also established a working committee made up of the CEO, board members, clinicians and members of the community, which will have responsibility for implementing the RAP.”