North Eastern Community Hospital has doubled the capacity of its gastroenterology services with the opening of a second gastro suite.

The additional room has been renovated and fitted out with a brand new, state-of-the-art set of Olympus equipment.

North Eastern is also growing its workforce to manage the increased demand associated with the new suite, and has created a new specialised Clinical Manager – Gastroenterology position to oversee the service. Ms Jacqui Gillis, an experienced perioperative and endoscopic nurse and theatre coordinator, joins North Eastern after 28 years at Burnside Hospital and starts this month.

Gastroenterologist Dr Ilmars Lidums, who is a visiting specialist at North Eastern, says it’s fantastic that the hospital is investing to double its capacity in response to the strong growth in demand for gastro services in the community. 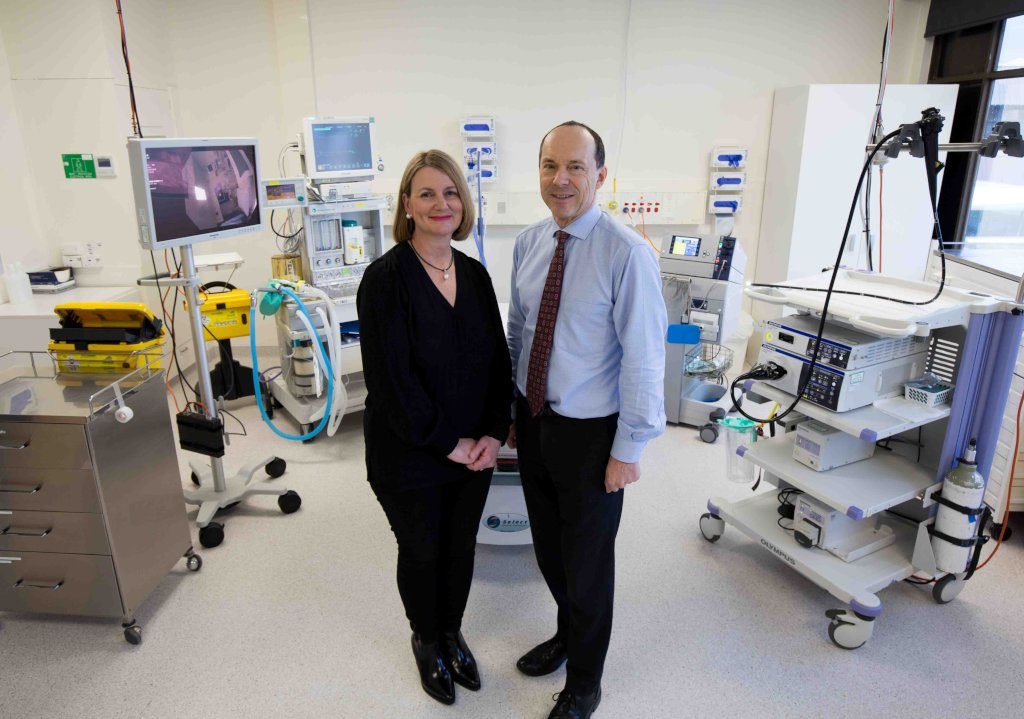 “Bowel cancer is one of most common forms of cancer, and one of the most curable if caught early,” he says.

“With the complete full launch of the National Bowel Cancer Screening Program from next year, everyone between 50 and 75 will receive a stool testing kit every two years.

“So we ask that people encourage family members to do that program, because it is proven to save lives.

“With increasing awareness of bowel cancer and the importance of not ignoring bowel cancer symptoms, there will be higher demand for colonoscopy, and more cancers being found much, much earlier.

“It’s great to see North Eastern expanding to meet that growing demand. Everyone at the hospital is really supportive. It’s a great setup, they have really experienced nurses, and the patients like to go there. I only hear positive things from patients who have been to North Eastern.”