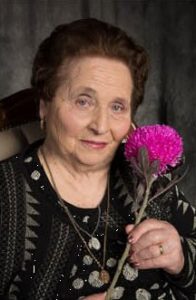 Giuseppina was born on the 23rd September 1927 in Altavilla, Southern Italy. She was the third born of five children to her loving parents Virgilio and Filomena Sabatino.

Giuseppina lived on a farm with her family where she would help cook, clean and deliver milk. She would save her money so she would be able to attended school. Guiseppina loved to study but was only able to do so up to Grade 2. 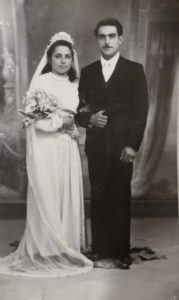 Giuseppina grew into a very beautiful woman and, by the age of 19, met the love of her life: Gioacchino Zollo. Twelve months later, they were married on 22nd December 1947. After marrying, she moved away from her family to live in a nearby town called Zolli. There, they lived with Gioacchino’s parents until migrating to Australia.

In the first two years of marriage, Giuseppina tragically lost two daughters, one being stillborn and the other only a few months old. By the age of 25, Giuseppina gave birth to her third child, a healthy baby girl Maria Carmela. 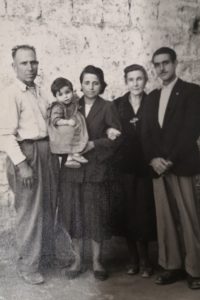 Soon after Carmela was born, Gioacchino wanted more for his family. He decided to make the difficult move away from his wife and child and set up a better life for them in Australia. Two years later, in 1955, Giuseppina and Carmela followed and migrated to Adelaide where they were finally reunited. Here, they lived with Gioacchino’s sister, Giuseppina Russo, and her family until they had saved enough money to buy their first home, in Church Avenue, Norwood.

Not long after moving to Australia, Giuseppina began working at Rosella Foods with her husband. She worked there until she fell pregnant with twins. Due to complications with her pregnancy, the twins were brought on early and she gave birth to two beautiful babies, a boy called Attilio and girl, Filomena. Sadly, after a week, she lost her third child, Attilio. Seven years later Giuseppina was blessed to have another beautiful baby daughter, Petrina.

Not taking much time off after each birth, Giuseppina went back to work to help support her family. She worked as an office cleaner in the city and later as a cleaner at Loretto College. 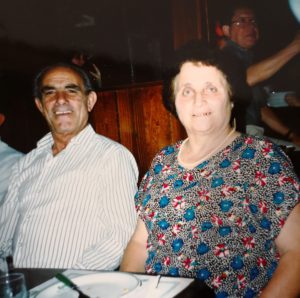 She had many hobbies: loving to knit, shop and do her gardening. However, her passion was cooking. She would love to cook up a feast for family when they all got together every week. Nothing is more important to Guiseppina than spending time with her family, especially her grandchildren. She would spoil them, play cards with them and prepare their favourite meals, making sure they were always full and never hungry. Zeppole, Gnocchi and pizza are some of their favourites.

Together with her husband, Giuseppina loved to travel. In 1974 they returned to their beloved Italy to see their family. Returning in 1990, they decided to travel Europe where she was fortunate enough to visit Switzerland, where her favourite movie “The Sound of Music” was made. Over the years, they also travelled around Australia with her sister-in-law and husband. They would also love to stay at the beach house in Aldinga where they would play Italian cards with their friends, another of her favourite pastimes.

After 53 years of marriage, Giuseppina lost her husband to cancer. This left a huge hole in her heart as they spent so much time together and were so in love. It was the birth of her first great grandchild, twelve months later and her beloved dog Mosquito that helped her through this difficult time. Giuseppina is now blessed with ten beautiful great grandchildren who adore her and love her dearly.