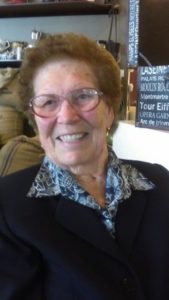 Antonietta was born in San Giovanni Ceppaloni, in the province of Benevento, Italy. She was the first born to parents Carmine DeBlasio and Albina Maio. Antonetta had two siblings: a sister – Esterina – and a brother – Domenico.
She attended four years of primary school in her hometown. Her later-to-be husband, Raffaele, went to the same school.
Antonietta’s family farmed land and so she helped her parents on the farm, mainly looking after their animals such as cows, sheep, pigs, chickens, making sure they were well fed and clean. She also helped her grandmother to prepare meals which she would often take to her parents on the farm for their lunch, especially during the summer months.
Antonietta married Raffaele Russo in January 1948, following the Second World War. They had two children: Giovannina and, only two years later, their second child arrived, Giovanni.
By the time their son was two years old, Raffaele started to plan for a better life for himself and his family rather than the ongoing hard farm work. As others before him, he decided to go to work in Venezuela with the intention of returning home with his hard-earned savings. During this time, Antonietta took care of their farm and family to the best of her abilities. 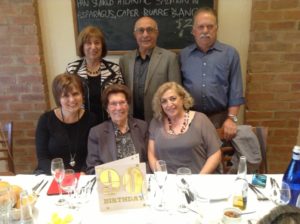 Antonietta’s family was her number one priority. She making sure they didn’t miss out on anything and protected them while Raffaele was away from home. When he returned to Italy, he realised things hadn’t improved and as there were a great number of people migrating to Australia, he decided to”go see” what all the fuss was about. With the help of his brother, he migrated to Australia and never looked back.
Antonietta and her two children migrated to Australia in 1960 to be with Raffaele. They travelled for approximately one month on a ship from Naples to Melbourne and then by car to Adelaide. The trip wasn’t pleasant because of the rough seas. Antonietta suffered from seasickness like many other passengers and she was glad when they finally reached land at Fremantle. Life in Australia was difficult for Antonietta, especially given she had left her family and missed them very much. She didn’t speak the language and didn’t understand the Australian way of life. One thing that helped her settle down and make her extremely happy was the birth of her third child, Dolores. There was new life in the family! She now had a purpose to keep strong and look to the future. She was very proud and welcoming when her family grew with the marriages of her daughter to Igino De Cianni and that of her son to Elena Russo (Cicolella). Antonietta felt blessed with three children, five grandchildren and four Great-Grandchildren to fill her world! During this time, Antonietta worked at a pottery factory in Trinity Gardens for many years where she was well respected, especially by the families and her work colleagues. She also worked at a Glace`Fruit Company later in her working life.
Raffaele liked to travel and took Antonietta on many holidays with friends. They visited Queensland, the Gold Coast, Sydney, Victoria, Western Australia, Tasmania, New Zealand, the outback and many places within South Australia such as Mt Gambier, Victor Harbour and many more.
Antonietta and Raffaele had some wonderful times at picnics with family and friends, took part in many religious festivals, community lunches, club dinners and family celebrations plus the usual activities of wine, sausage and sauce making. 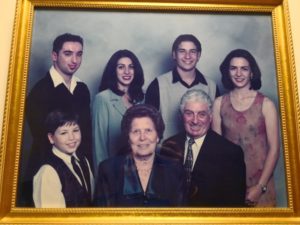 Antonietta enjoyed cooking for her family and friends, making fresh pasta dishes, traditional Christmas and Easter cooking for big family gatherings…
Sadly, in 2014, after 66 years of marriage, Raffaele passed away and Antonietta missed him not being with her as she had lived her whole life with him.
Antonietta is always a very proud, well-dressed woman, with so many strengths such as independent thinking, laughing and appreciating a joke, extremely clean and tidy, a place for everything and everything in its place as well as complete love and care for her family. They are her ongoing legacy.