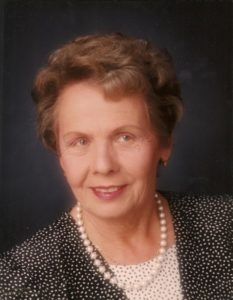 Maria was born on 27th January 1927 in the village of Gebyczyna, in the Carpathian Mountains in southern Poland, close the region of Krakow. She was the second-born of nine children – six girls and three boys. She enjoyed school and dreamed of becoming a teacher.

World War II put an end to her education and dream. The German troops passed through her village, pillaging supplies and leaving families very little. Her mother begged occupying soldiers to let her keep the family cow that helped her young children and family to survive the war.

In 1942, Maria, along with many others, was taken by train as forced labour on farms in Germany. This was a traumatic experience, being taken from family at the age of fifteen, in the midst of a war and to a strange country where she did not speak the language. She would not see her family again for nearly twenty-five years. The farmer she was responsible to was a hard task master who worked her from dawn to dusk, summer and winter and kept her hungry. One of her happiest days was sitting in the farm attic near Wurzburg, Germany, watching as American army tanks and soldiers came through and liberated the area. She was free!

Maria met her husband, Wladyslaw Poblocki, in a displaced persons camp in Karlsruhe, near Stuttgart, Germany, where they married. Their daughter Sophia was born in Stuttgart.

Maria and her family migrated to Australia, settling in Adelaide, where Maria’s son Stan was born. Her family was now complete. As new migrants in Australia, Maria and Wladyslaw worked hard, establishing and settling into a happy life.

Maria’s great joy are her five grandchildren. She enjoyed baby-sitting, cooking traditional Polish food for the wider family and grandchildren who all loved staying with their Babcia. Often, Maria had five grandchildren sleeping over at one time and she really enjoyed these visits. She is very proud of all her grandchildren who have graduated from university and have varied careers in international business, medicine, journalism, law and art.

Maria loves dancing, taking every opportunity to go to local Polish dances. She also enjoys music, cooking, travelling and her garden and chickens.

Sadly, Maria was widowed at age 57 when Wladyslaw passed away suddenly.

Maria has travelled overseas nine times, to a variety of destinations: Poland (6 times) but also America, Vietnam, Thailand and New Zealand. Local Polish clubs would organise many group trips around Australia and Maria was often the first to book her ticket as she loved to experience new places.

In 2016, no longer able to manage her home, Maria moved to NECNH.

Maria’s family is very important to her and she is especially proud of her five grandchildren and six great-grandchildren. 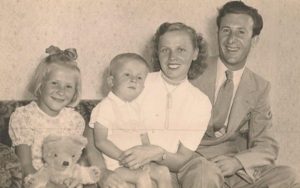