Dr Marcus Wagstaff knows what comes to mind when people hear the term plastic surgeon. He’s keen to point out, however, that the job isn’t exactly how it comes across in the movies.

“The most common form of surgery I do is skin cancer surgery – cutting out the cancer and reconstructing the area,” he says.

“I also do a lot of hand surgery… If you injure your hand it’ll be a plastic surgeon that reconstructs it… a lot of the hand is soft tissue, so there is a lot of fine detail.

And while Marcus also carries out many breast surgeries, including breast augmentations, it’s breast reduction surgery that is the most common.

“I get women who are a G cup, and they have 5 kg on their chest pulling their head and neck down, causing a lot of back pain. There’s no escaping it, there’s nothing they can do but live with this burden.

“If you take 3kg off them you’ve transformed their lives, it improves their functionality, they can exercise, it makes a radical difference to their lives.” 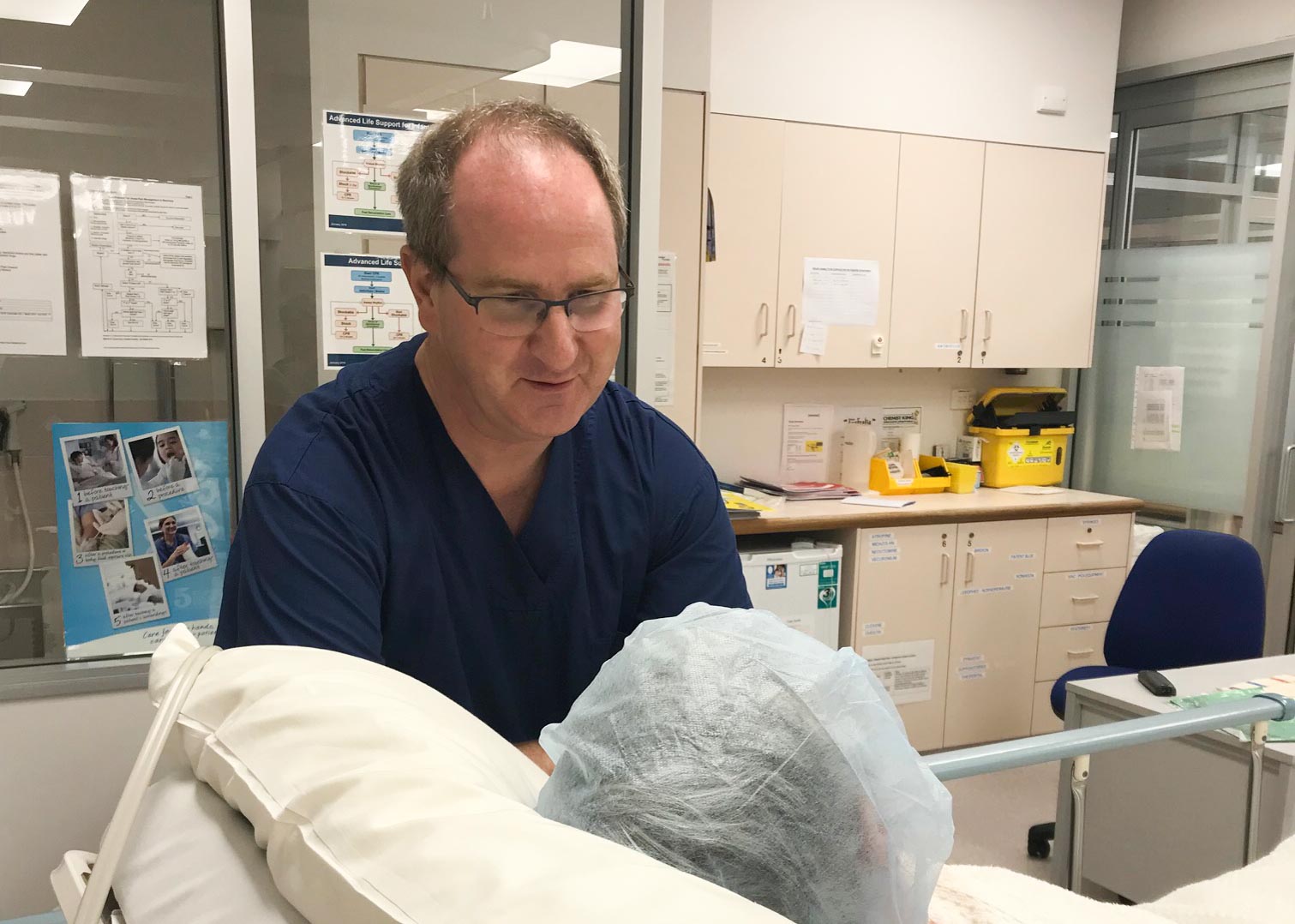 In addition to the private patients Marcus sees at North Eastern, he’s also a consultant plastic surgeon at the Royal Adelaide Hospital, where the scope of surgeries he carries out is wide-ranging. Marcus does a lot of micro-vascular surgery after cancer is removed from areas such as the jaw or tongue, which then need to be rebuilt. That involves taking tissue and blood supply from somewhere else and attaching it under a microscope.

They day before this interview, Marcus completed a 12-hour jaw reconstruction surgery, in which he took bone from the patient’s leg and used it to fashion a new, living, jaw bone.

These marathon surgeries, which last for up to 14 hours, can be really tough, however Marcus says it helps to mentally break the operation down into stages, and allow each member of the team to take breaks.

Marcus says there are tough parts to every operation, and when challenges present themselves, the best thing to do is slow down.

“I tell people that operating is like driving to Melbourne – you can go down the freeway or the country roads, and if you end up on the country roads you have to know to slow down and take your time.”

“There are also emotional challenges. You get to know some patients over a number of operations and you become emotionally invested in the outcome. They are the ones that keep you up at night, particularly if the patient has had a tough time or a really aggressive cancer.”

Marcus is the only plastic surgeon that operates at North Eastern. As a resident of the Eastern Suburbs, he was drawn to the hospital because of its strong roots in the community.

“GPs are proud of North Eastern Community Hospital. Patients are fiercely proud of it… they ask to go there… It’s part of their community and their culture.

“I operate on people that tell me they had their children at North Eastern, or their mother or father is a resident in the nursing home, and I really enjoy that. The staff are great, and it’s a hospital that deserves people that work to a very high standard.”