For many people the thought of going into work while on leave is enough to make the stomach turn, but when North Eastern midwives Susie Holyhrym and Donna Teague had to decide where they would have their babies, the choice was easy.

Last week the two mums gave birth to sons at North Eastern Community Hospital within 48 hours of each other, supported by their friends and colleagues.

Both babies were delivered by North Eastern visiting obstetrician Dr Beth Russ and cared for by Paediatrician Dr Vanessa Brooks.

Susie said there wasn’t anywhere else she’d rather have been when she welcomed second child Sammy into the world last Thursday.

“I’ve worked at North Eastern for over 10 years, so I wouldn’t go anywhere else,” she said.

“I like the idea of being with friends and felt very cared for. (The hospital) is also really friendly… all patients seem to comment on the nice family vibe.” 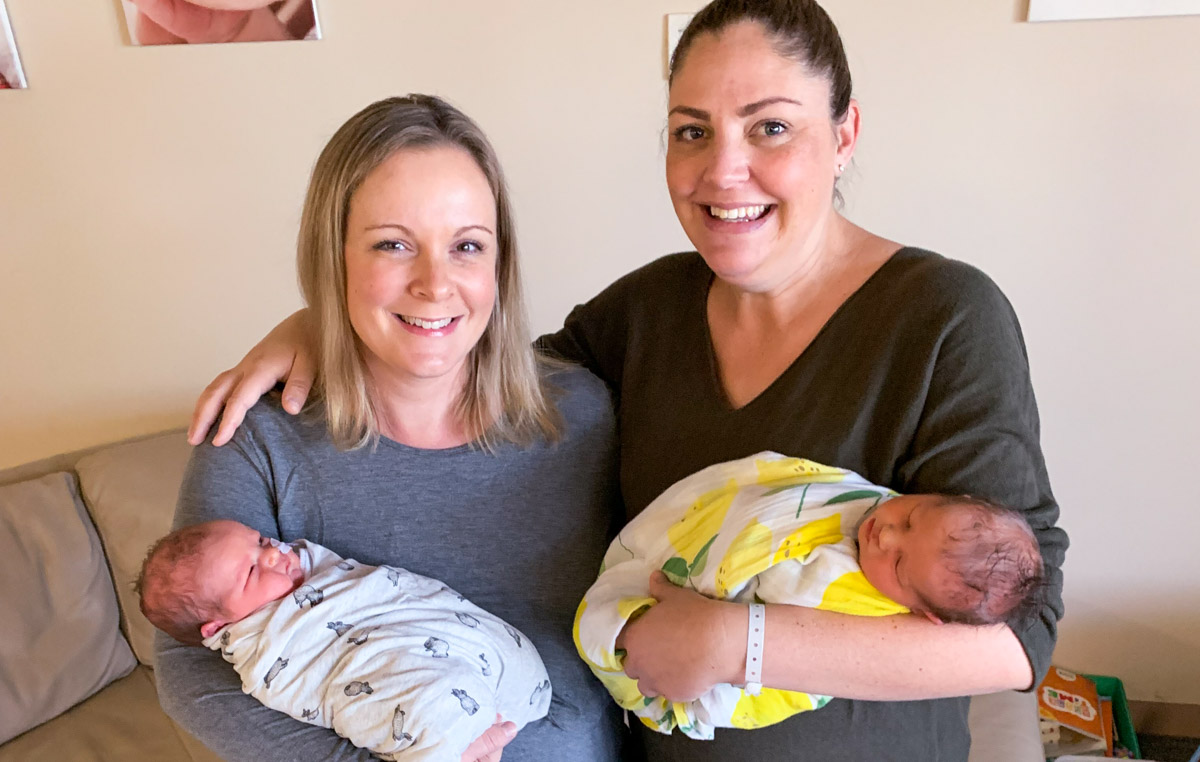 Donna, who gave birth to her fourth child Sonny last Tuesday, said having her baby in her workplace felt very natural.

“It felt really normal, it was definitely the right decision,” she said.

“Being a midwife it can be hard to let someone else look after you… but I knew I was in good hands and could trust the staff 100 per cent.

“Working there I know the staff and how wonderful they are. I felt very safe and like I was in a positive environment that is very woman-centred. I couldn’t have asked for better.”

Both women agreed that having their babies at the same time made the experience extra special.

“It was really nice going through the pregnancy together,” said Susie.

“Being able to talk and vent and share pregnancy stories together, that’s something we’ll be able to share for life.”